For over 30 years the core of corporate reputation measurement has been the attribute of “Trust”. This concept first arrived in Canada in 1988 with a book I co-edited with a group of public affairs luminaries. Entitled “The Public Affairs Handbook: Maximizing markets, Protecting Bottom Lines”, it held that “Trust” was THE most important attribute for any entity—corporate, government, or not-for-profit— as it created “public equity” – deemed to be both the currency of public stature and the propellant of public persuasion.

The underlying premise was simple: if the public or a community put their trust in you, then that goodwill could create strategic opportunities in good times and act as a tactical-offset in challenging circumstances.

In 2003, a colleague and I launched the first public opinion reputation syndicated study that demonstrated this to be the case. We shortly followed up with our Trust Barometer and then launched the annual survey of Canada’s Most Trusted Brands with Readers Digest. From that point on, the fundamentals of corporate reputation measurement were locked in with the trust attribute as the key driver.

In 2010 we took measurements of trust in professions in 24 countries. We established a corporate reputation practice that held that trust was the gateway to public advocacy. By the following year we could see that those professions held in greatest favour were those that cradled the lives of people in what they did—doctors, nurses, firefighters, pilots, police—while at the end of the list were elected officials who were just slightly ahead of car salesmen.

Since then, many others have tracked and studied trust, and many corporations (and others) still use it as the critical underpinning of their corporate reputation, community standing, and resiliency.

Beginning in 2012 the research has clearly demonstrated – particularly with the rise of internet use among the public – that “Trust” has faltered and declined right across the board. In fact, the latest measures tied to corporate reputation show trust is at an all time low – especially pummeled by the battering it has taken over the past four years alone. Imagine professions and corporations a decade ago staking their reputation to a trust-attribute that, for them, was at close to eighty percent which is now hovering  around sixty percent (and with some being much, much lower).

The question you must ask yourself is this: if trust were a stock you had invested in that had tumbled 20 to 30 points – wiping out massive amounts of your portfolio value – would you keep riding it or would you find something else to tie your fortune to?

In 2020 we went back to the well.  After rigorous research and analysis found that the attribute of “Respect” had displaced trust as the key attribute that drives reputation. Why? The research told us that if people are not confident in the trust they have in someone or something they need to find something else—and what it means today is that instead of hanging their hat on one attribute they now look at a broader, more holistic, account to find a balanced perspective.

We found is that “Respect” goes well beyond admiring, liking, or appreciating someone or something. Respect is a deep admiration or positive feeling about a combination of someone’s characteristics such as their abilities, qualities, values, actions, and/or achievements. Similarly, organizations can achieve respect based on what people perceive or experience about them— like what they make or do, how they treat employees or customers, what they communicate or contribute to society, how much they’re trusted, how their leadership acts, and what’s said about them in the media or even by family and friends.

What this means for corporate leaders and others is critical: the attribute they’ve banked so much on for measuring their reputation is no longer useful as a solo instrument. The public wants to hear the whole orchestra and decide if the music, they’re hearing is worth listening to.

And that’s why “Respect” will be carrying the tune for the foreseeable future.

Next: The fundamental elements of respect and why character matters.

About the Author: John Wright

John is a founding legacy Partner of DART, and is now Executive Vice President of Maru/Blue Public Opinion (https://www.marublue.com/public-opinion ). With over 30 years advising leaders in every sector and on most every top-drawer public affairs issue, he is available via DART to provide consulting perspective and guidance to C-Suite and Board members on high-stakes strategic communications challenges. He also continues to steward our “Canada’s Most Respected” program. 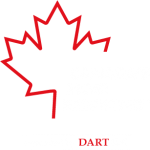